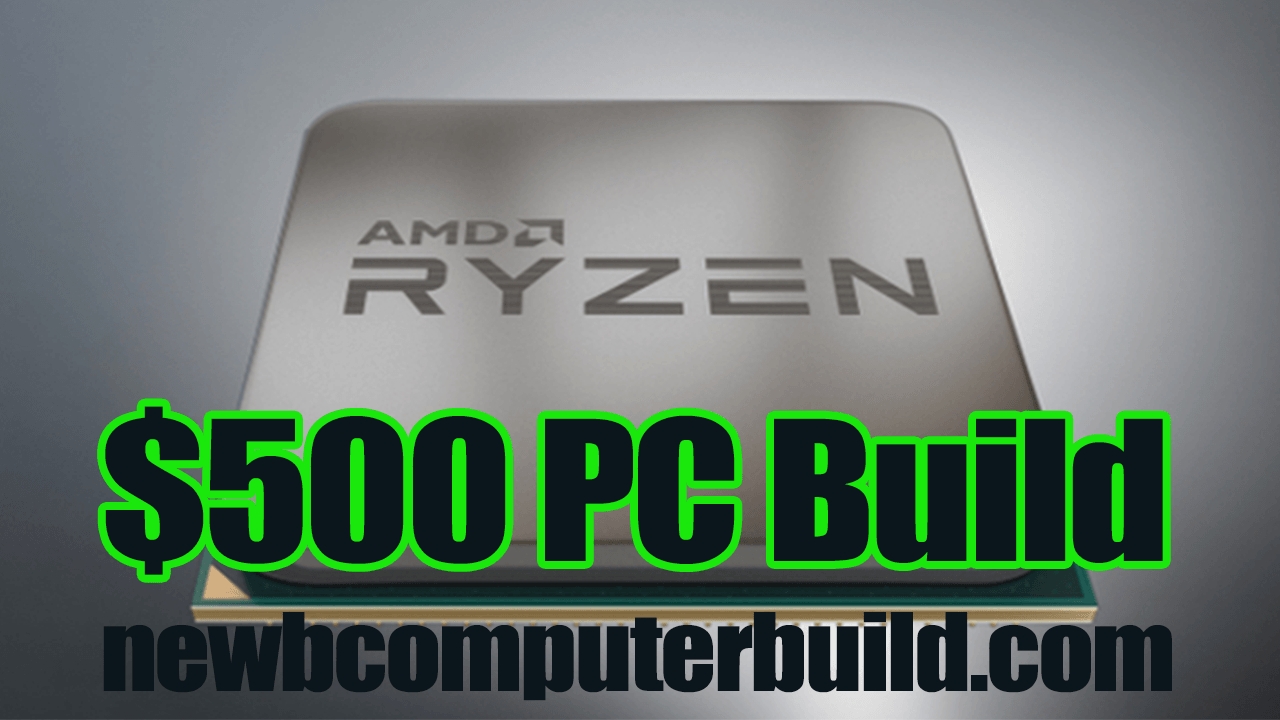 Building a gaming pc build on a budget is never an easy task and this is specially true in the first half of 2018 where graphic card supplies are at an all time low — thanks to crypto mining mania. That being said, those looking for a starting point for building a budget gaming pc could consider an APU solution using one of the new AMD Raven Ridge cpu/apu solutions, which have been said to be the “…the fastest integrated graphics solution for a reasonable price…” by PC Gamer.

So if you are looking for a great starting point for a gaming pc build without the need to hunt down hard to find graphics cards on the market, this could be the solution. You can then purchase a discrete graphics card in the future when a good one comes available which will further accelerate this gaming pc build.

Under $500 Gaming PC Build With the AMD Raven Ridge APU

The main star of hardware for this gaming pc build is the new Raven Ridge AMD Ryzen  5 2400G CPU/APU with Radeon RX Vega 11 Graphics. That’s right, this gaming pc build is able to stay within such a tight low-budget by utilizing the integrated graphics. the Integrated graphics is capable of playing games from 720p into 1080p rather well in the newest games in low quality detail settings — something we have yet to have seen with APUs on the market.

The fact that there is no graphics card makes this build so much cheaper and even though this build doesn’t inherently include a graphics card, there is always the option to add one later on.

For the motherboard we have a Micro ATX board, which for those that don’t know is basically a smaller version motherboard than the standard ATX sized boards making this gaming pc build a smaller compact build. The motherboard included is a ASRock AB350 PRO4 ATX Motherboard which has the following specifications (see more at Asrock.com):

The RAM included is a kit of 8GB DDR4 Kingsten HyperX Fury RAM which is a good start for in terms of RAM, although you could probably benefit from faster RAM as it has been shown to increase the effectiveness of the new Ryzen APU cpus, but with RAM being a such a premium these days I don’t think it’s worth it.

The storage included is a Kingston Digital 120GB solid state drive SSD. This is a great start in terms of storage speed and capacity, however if you do think you’ll need more storage right away, you could consider a 256Gb or larger SSD.

To actually provided power in this pc build, we have and affordable Corsair CX Series, CX500, with enough juice to power this build and for a good cost.

Now for the pc case we have a VIVO ATX pc case, which is a budget small form factor case perfect for this gaming pc build. This case has anything you really need and is designed for gamers with high air flow (learn more here at vivo-us.com).