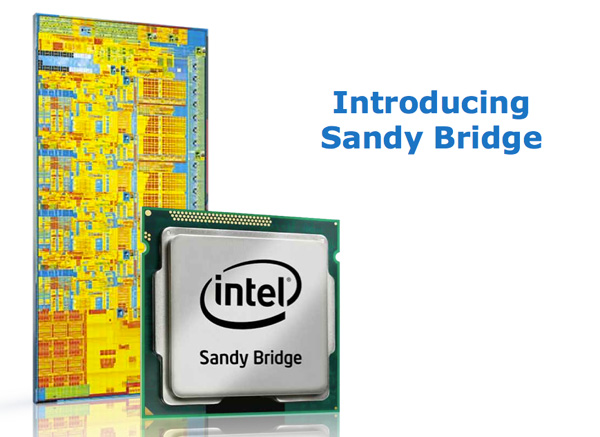 The introduction of the Sandy Bridge processor will be January 5th, 2011 at the 2011 International CES (Consumer Electronics Show). It was recently stated on the anandtech website that both Gary Key (former AT Motherboard Editor, current ASUS Technical Marketing Manager), and Michael Lavacot (an Intel Consumer Field Application Engineer) will be hosting a webcast on the topic of Sandy Bridge. The webcast is scheduled soon after Intel’s official announcment of Sandy Bridge at 9AM PST on January 5th, 2011.

The Sandy Bridge is Intel’s new mainstream architectural refresh as the successor to Nehalem, however it will not take over the spot of the 6-core Gulftown based Core i7 processors currently at the top of the charts, but the competitive realm below it. The new CPUS will require a new socket (LGA-1155) and will feature a new low profile 45W Sandy Bridge heat-sink. If I were somebody wanting a new Intel processor PC build at the moment, my suggestion would be to wait for the January 5th, 2011 release of the Sandy bridge processors as is not too far around the corner, although I’m guessing the prices are going to be a little higher, but according to the article at anandtech “…pricing is always a huge variable, but I have to say, based on the performance you’re about to see – these parts would be priced right.”

This will be an exciting release for sure, and for all you builders out there wanting to build a pre holiday Intel PC, you may want to wait the thirty or so days for the Sandy Bridge release of January 5th, 2011.