The September 2011  ($1000 – $1500) Gaming PC has had a bunch of changes. First off I changed the motherboard to the ASUS SABERTOOTH P67  LGA 1155 Motherboard because I found that the consumer reviews for this board were great especially those who were using it as a gaming motherboard.

The graphics card also had a change to two EVGA GeForce GTX 560 1024 MB GDDR5 PCI-Express 2.0 Graphics Cards in SLI since the price matches closely to last months GTX 460’s in SLI and you get much more band for your buck! The other change is the  LITE-ON 4x Blu-ray Disc SATA Internal Optical Drive just because we could fit it in the budget.

This month I have included additions and hardware part swaps for the ($1000-$1500) Gaming PC Build. This is because certain parts can be changed up / exchanged for parts that better suite each individuals needs. For example: This month I have chosen the Cooler Master HAF 932 Advanced Full Tower Case which comes in at around $143; now don’t get me wrong I think the Cooler Master HAF 932 is an awesome case, but someone else may want to save $50 and get a cheaper case pocketing that $50, or putting that money towards other hardware like another hard drive.

The Intel Core i7-2600K Processor is still at the top of the pyramid in terms of gaming processors right now. It is a Quad Core i7, 3.3GHz with an 8 MB Cache beauty! You cannot go wrong with an unlocked Intel 2600K, you will have the ability to play games for a long time to come… 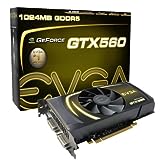 2X EVGA GeForce GTX 560 1024 MB GDDR5 PCI-Express 2.0 Graphics Cards. That is 2 GeForce GTX 560 cars in SLI, which is a fantastic SLI combination of graphics cards. This is an upgrade from last months 2X Geforce GTX 460s.

Corsair Vengeance 8 GB (2 x 4 GB) DDR3 1600 MHz (PC3 12800) 240-Pin DDR3 Memory Kit has some grate reviews as a memory supplier, and you cannot beat 8GB at the prices they are at now! If you would like more than 8GB of memory then go for it, but this should suffice most any game right now!

Western Digital 1 TB Caviar Blue is a great harddrive under a quality brand. 1TB may be a ton of space for storing all of your games and software right now, and again if you run out of space you can always purchase another for extra storage or to run in RAID. If you are feeling daring, you could also substitute this drive and the SSD drive include din this build for an even bigger SSD! 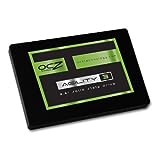 The OCZ Technology 60 GB Agility 3 SATA III Sold State Drive can be a great addition to your gaming build to add that extra speed in loading times. You can instal Windows 7 (or whatever operating system you use) and perhaps a few games; everything else can be stored on the 1TB Western Digital drive. 60GB is a slim amount of space, but this can be a great boot drive which would speed things up significantly.

The Corsair CMPSU-950TX 950-Watt will give you the extra power to supply this gaming PC beast. I am choosing this PSU over a lower wattage modular PSU because it is a solid PSU, with plenty of headroom for upgrades down the road. 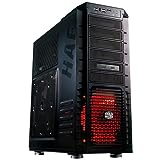 The Cooler Master HAF 932 Advanced Full Tower Case with SuperSpeed USB 3.0 – (RC-932-KKN5-GP) is a full tower ATX case that has it all. In the front are two super speed USB 3.0 connectors that can be connected to the Sabertooth motherboard shown in this months build. The cooling capabilities of this case are infinite as it supports easy to access liquid cooling (if you decide to upgrade down the road, or go with that now), passive cooling, easy access HD ports, great side view window, looks great, and has wheels (which I thought was funny, but could be useful!). 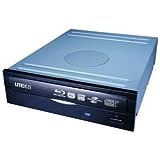 This month, I though I would swap the standard DVD optical drive for a Blu Ray Disc Drive: The LITE-ON 4x Blu-ray Disc SATA Internal Optical Drive! This is not necessarily a need in a gaming build, but it could be a nice addition if you wan to watch the odd HD movie. If you feel you would not use a Blu-ray drive then go with the basic Asus 24x DVD±RW Drive, and if you are avid about the Blu-Ray drive you could purchase a Blu-Ray burner..:P

If you ever have any questions please do not hesitate to leave a comment or message me. As well, if you have any other suggestions for hardware that would fit into this September 2011 Gaming build of the month, then let me know via comment!

Check out the Other September 2011 Gaming Builds:

Check out the Gaming Mouse’s of the Month: