The September 2011 (< $500) Gaming PC has had a few changes such as the upgrade to the AMD Athlon X3 455 Processor since there was  a slight drop from the AMD 450 which can be a slight performance boost; a switch of motherboard to the MSI AM3 870A-G54 motherboard due to the quality for price value of this board (this board is very future proof); and the switch to the Thermaltake V4 Black Edition Case because of its significant price drop this month as well as it being a very good gaming computer case (great cooling and expansions).

Note* All of the products below link back to the Newb Computer Build aStore, an affiliate  store linked to Amazon. If you have any questions or hesitations please let me know. Any purchases of these products are done so through Amazon.com. 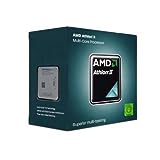 Last month we used the AMD Athlon II X3 450 since it is one the best entry level gaming CPUs out there, however this month prices have dropped slightly and so one upping the 450 to the 455 is well worth it. The AMD Athlon X3 455 Processor comes in at 3.3 GHz, and a 1.5MB Cache.

Last month we used the MSI AM3 NVIDIA nForce ATX AMD Motherboard as it was loaded for its price range, however this month we have switched over to the MSI AM3 870A-G54 motherboard as this is a fantastic AMD AM3 board for ~$94 with great reviews. It can support up to 16GB of DDR3 RAM, has loss-less 24-bit Audio / 7.1 Channel HD Audio, USB 3.0, and SATA 6GB/s 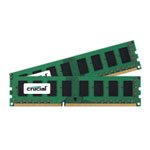 The Corsair Enthusiast Series 650-Watt power supply has more than enough juice to power this entry level gaming PC, and Corsair has always been a great power supply company. This PSU could last you even into your next PC build if you wanted it to!

The Cooler Master Elite Mid Tower Case was the very affordable Mid Tower ATX computer case we used last month, but this month I chose the Thermaltake V4 Black Edition Case, not only because it has dropped in price by about $15, but because it has great air flow / efficient heat removal & isolation (including 120mm Blue LED rear exhaust fan with ability to upgrade up to 4 more fans), tons of expansion (10 drive bays (4 x 5.25″ ODD bays, 1 front accessible 3.5″ bay, 4 internal 3.5″ HDD bay, and looks really cool. 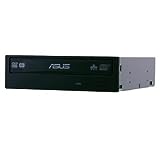 The Asus 24x DVD±RW Drive is your basic DVD drive that will support all of your CD/DVD media and comes at a decent cost, and good consumer reviews. Beyond this the only upgrade worth doing is a Blu-Ray drive. Its getting to the point where optical drives (DVD / CD etc.) will become obsolete as software is becoming increasingly downloadable, however its probably best to still install your OS etc. via DVD.

If you ever have any questions please do not hesitate to leave a comment or message me. As well, if you have any other suggestions for hardware that would fit into this September 2011 Gaming build of the month, then let me know via comment!

Check out the Other September 2011 Gaming Builds:

Check out the Gaming Mouse’s of the Month: