Welcome to a quick Gaming PC Builds of the month update – the April 2014 edition. With few releases lately, not much has been added or refreshed with every build – however all builds have been adjusted according to a few minor price changes or the last month.

The $600 build has had a minor graphics card swap since the R7 265 does perform about 14.6% higher then the new GTX 750Ti from last month for the exact same cost. The GTX 750 Ti is still a great choice and does use much less power, however if you are looking for a tiny bit more performance for the same cost then the R7 265 is the better choice.

In the $1000 build you will see a quick case refresh and a quick switch for a different motherboard – the motherboard swap was due to a significant price jump of the previous MSI gaming series board, however the new board is very similar.

Finally, the $1500 build has changed the very least between this months three features builds. The only change was a refresh in the case, and it brings back an older featured Fractal case. This simply means that the $1500 build is still a strong choice for a second month in a row, so if your in the budget for the higher end PC build – go for it.

(Game at Smoothly with Medium – High settings at 1920X1080 resolutions)

Last month I featured the very new and low powered GTX 750 Ti. Although still a great graphics card, I have swapped the card for a slightly better powered, but equally priced Radeon R7 265. The R7 265 performs 14.6% faster then the GTX 750 Ti according to this forbes article.

Other then that the $600 build stays strong and keeps with the standard FC 6300 AMD processor and the very affordable MSI 970A-G46 motherboard. The RAM is an 8Gb kit of Kingston HyperX Blu, the Corsair CX 600W, we have 1TB of space with the Western Digital Blue Hard Drive and the basic Rosewill ATX PC Case.

These upgrades and alternatives below are for anyone who may have some extra spending cash or want some ideas for future upgrades.

The $1000 build has been a strong pick for quite a few months now with very few changes. We still feature the very promising GTX 760 graphics card featured above. This card can give you great performance allowing you to easily play most games at their highest settings at 1080p.

The motherboard has has a minor switch this month to a Gigabyte GA-Z87X-UD3H – a very similar board to last months although it takes into account a few price changes. This motherboard comes with the following specs: [source]

Finally, we feature a new PC case this month – the Thermaltake Chase A31 case. This case proves a strong buy, especially when cost vs. features are taken into consideration. Although this case has been out for about a year it is still a great choice as a gaming mid tower pc case. It features a large side window, nice blue trim, USB 3.0, removable drive cages, dust filters and more.

Some further specs for the Thermaltake Chaser A31 –

Below are some hardware additions should you have some extra cash and want to upgrade a specific piece to the above build.

Since there is no SSD included in the base $1000 build I do suggest you highly considering one if you funds allow. The Samsung 840 PRO series is a great high quality SSD and 128GB is a perfect starting point to use is as your boot drive with some of your most used apps / games. For those that simply want more space for large sums of media etc. you could condier getting a 2TB drive (doubling your space) with the Seagate Barracuda 2TB drive below. For those of you that do some serious gaming or are considering gaming at higher then 1080p resolutions then you might want to condier bumping up your graphics cards with either an upgrade to a single MSI GTX 770 or better yet getting a second EVGA GeForce GTX 760 and SLI’ing your cards.

Also, please *note that if you do decide to SLI with another GeForce GTX 760 graphics card, you may want to also upgrade the power supply unit to 850W (ie. Corsair RM 850 Watt) – Just to be safe – although you could probably get away with the included 750 Watts; up to you! 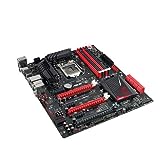 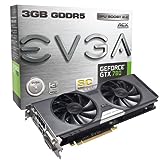 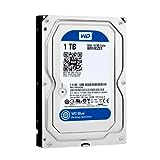 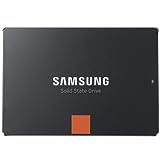 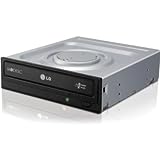 Out of all the builds this month, the $1500 build has changed the least. I do like to change the cases up since they do generally build down to personal preference more then anything, so I have at least done that by including the Fractal Design Define R4 case – more information about that can be seen further down.

As per usual, we do feature the Intel 4670K processor as the main CPU for both the $1000 and $1500 builds, That’s because it’s a kick ass processor with tons of overclocking potential. For those of you who have been asking, well why not an i7. Well the answer is this – these are gaming PC’s and an i7 would honestly not boost your performance considering you are better off with putting the cost difference into your graphics card or just saving it. However I would like the mention, I do include the Intel Core i7 4770K in the alternatives below – I would recommend this upgrade if you do more then gaming as your primary PC use; such as graphics work video work etc.

The motherboard featured for the third month in a row is the ASUS MAXIMUS VI HERO – a fantastic motherboard that will so easily overclock you Intel 4670K. This builds also boasts 16GB of DDR3 RAM (a ton of RAM), an RM seris 750 watt fully modular power supply unit & even a 128GB solid state drive that will change your world if you have yet to use an SSD as your primary boot drive.

If you have a little extra to spend on the $1500 build, then below are a few suggestions. For those of you who do much more then game, then an Intel core i7-4770K may be a worthy upgrade to ease video or graphics work. Or if you simply want to increase you graphics card potential, then you can SLI another EVGA GTX 780 or purchase a single more powerful graphics card such as the GeForce GTX 780 Ti 3GB card. Or for those of you who want to dedicate more storage space solely to your SSD, then perhaps a larger 512GB Samsung PRO SDD is a worthy upgrade.

Also, please *note that if you do decide to SLI with another GeForce GTX 780 3GB graphics card, you may want to also upgrade the power supply unit to 850W (ie. Corsair RM 850 Watt)