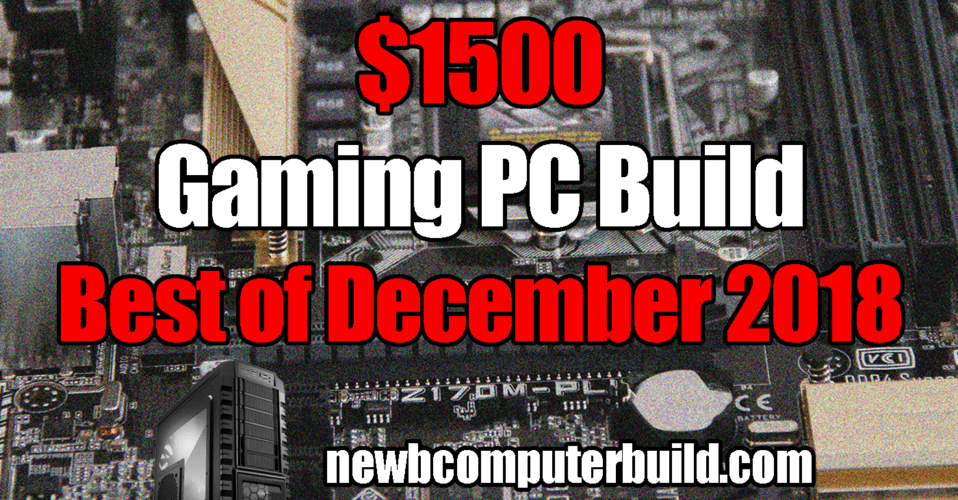 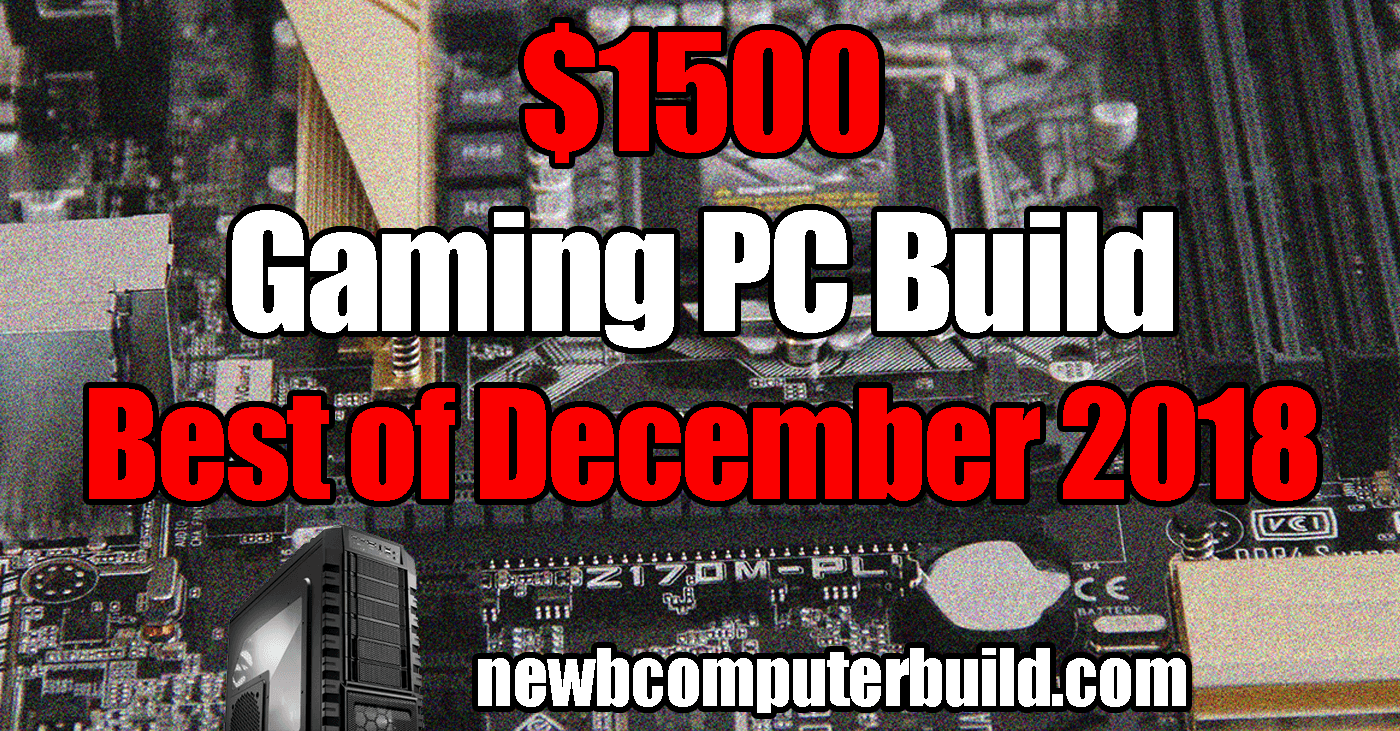 December 2018 Update:  This best under $1500 gaming pc build now utilizes the RTX 2070 graphics card, giving you phenomenal performance in-game performance all the way up to 4K (although if you are wanting the best possible 4K gameplay, then we do suggest an RTX 2080 ti).

For the gaming processor this December, we have the AMD Ryzen 7 2700X CPU, which comes with eight cores and 16 threads and comes with a decent Wraith Prism (with RGB lights) CPU cooler. And should you want to upgrade to something like a higher-performing liquid CPU cooler, you now have more funds to do so, which you could consider if you wanted to overclock the heck out of this thing.

The graphics card used is an RTX 2070 (specifically the Gigabyte GeForce Windforce RTX 2070). This card replaces the GTX 1080, which you can still purchase and is still a great card (so if you can find one cheaper you can still get yourself one and save a few bucks). The RTX 2070 utilizes GDDR6 memory, which is the new generation of memory and it does have a faster memory speed than either a GTX 1080 or 1080 Ti in some cases.

The motherboard included is an X470 chipset motherboard, the GIGABYTE X470 AORUS ULTRA GAMING mobo. Alternatively, if you have more moola to throw at a motherboard, you could consider the Gigabyte X470 Aorus Gaming 7 Wi-Fi instead, which is more pricey but has more features including built-in wifi and better audio. This motherboard basically has more than most gamers with probably utilize including (see the full list of features at gigabyte.com):

Included in the high-end build is 16GB total in memory, a kit of two 8GB sticks of HyperX Kingston Technology Fury.

We have switched up the power supply in this build this month simply due to the previous version shooting up in prices. Included this month is the EVGA SuperNOVA 750 G2, a gold rated power supply, did I mention that it’s fully modular, making this a clutter-free power supply.

The PC case has also been switched this month to a Cooler Master MasterCase H500, which is pumping with fantastic airflow with its two font facing 200mm RGB fans. You can learn all about the MasterCase H500 at coolermaster.com. 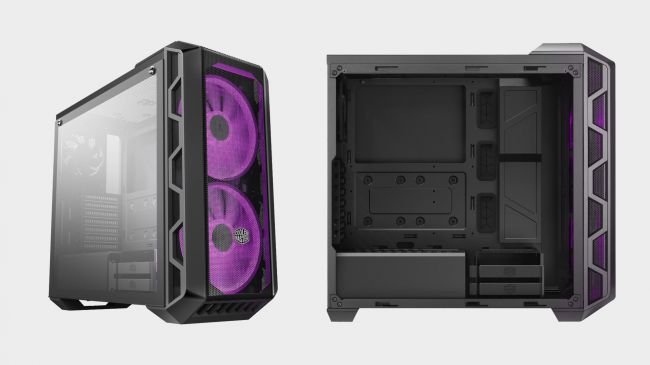 The hardware upgrades you see above are recommendations for the best December 2018 gaming PC builds $1500 build. That is if you have more cash to spend or want upgrade ideas, here they are.

If you think you’ll want more than the included 1TB of storage, you could opt for the 2TB version of the Western Digital Blue Nand SSD instead for slightly more in cost.

If you are going to be serious about 4Kreoslution gaming, then you should seriously consider an RTX 2080 or 2080ti graphics card. Or if you have a super high refresh rate 1440p monitor, it wouldn’t hurt either.

The above pc build does include an SSD, which is perfectly suited for most gamers and pc builders, but if someone were searching for the fastest and one of the most efficient methods of storage, you could consider a premium PCIe Solid State Drive, such as the XPG SX8200 480GB SSD above.

If you want more than the included air CPU cooler included in the main build, the above is the Corsair Hydro Series H100i liquid CPU cooler. This cooler would be a substitute for the stock AMD Wraith Prism CPU cooler, should you feel you need it.