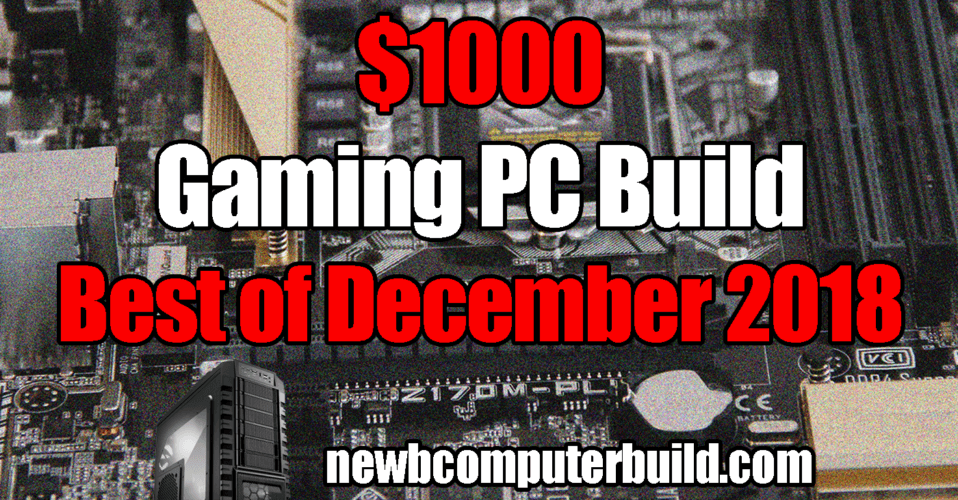 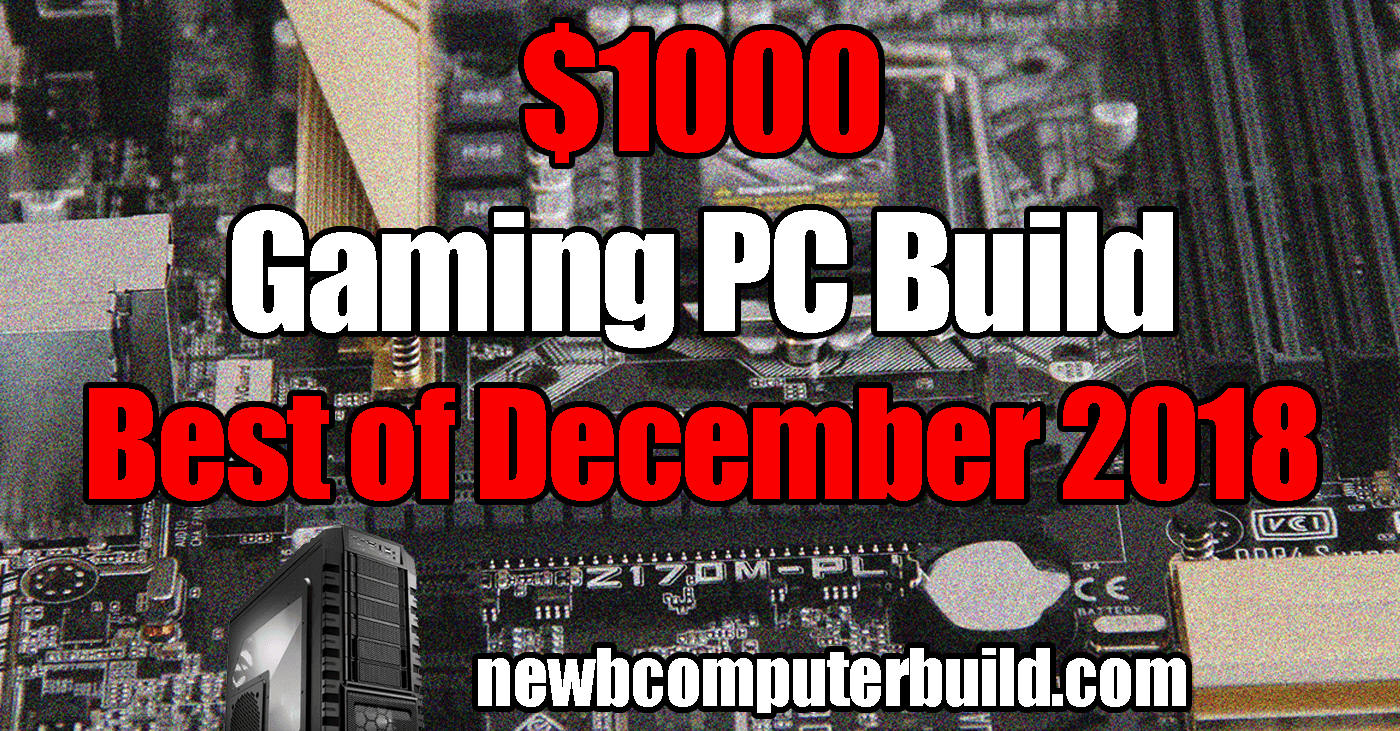 December 2018 Update: Ok so the $1000 gaming pc build for December is actually slightly over $1000. This is because I really think it’s worth it to include a GTX 1070, because you’ll get so much performance mileage out of it for a slight increase in cost. However, if you do want to save roughly $70, you can still go with an RX 580 graphics card and still get really good performance at 1080p to 1440p gaming.

The included gaming CPU this December is the Intel i5 8400. This gaming CPU is a great choice and purchase for the cost. If you have a little more to spend on the CPU, check the alternatives tables below where we include the Intel i5 8600K, which gives you more performance potential.

This month we have officially changed the graphics card to a GTX 1070 — yes this increases the cost a bit for the overall build, but trust me, it’s worth it. As stated above, you can save some bucks if you are on a solid $1000 budget and go with  RX 580 graphics card instead.

The motherboard that has been included in the under $1000 gaming pc build is the MSI Z370 GAMING PLUS CFX, which is fully compatible with the included Intel i5 8400 CPU and comes with the following specifications (learn more at MSI.com):

The RAM kit included is the affordable kit of Corsair LPX 8GB DDR4 RAM which is enough memory for most gaming pc builds, and you always have the option to upgrade more in the future if need be with the extra couple of slots on the included gaming motherboard.

We have switched up the storage solution this month to a Western Digital Blue 3D Nand SSD 500GB SSD. This SSD is priced really well this month and is a solid performing SSD.

For the $1000 gaming pc build December 2018 build, there is a new pc case — the NZXT H500. This is a sleek all-steel constructed pc with great cable management and a minimalistic professional looking design. Learn about all of it’s features over at NZXT.com.

Above are the suggested upgrade ideas for the best December 2018 $1000 gaming PC build, these are recommended if you have a larger budget or want some upgrade suggestions later on.

If you wanted to easily upgrade your CPU, you could simply swap for the Intel i5 8600K. The 8600K gives you the potential to further overclock your CPU for a slightly higher cost. You do have to keep in mind though that if you go with the 8600K, you will need to add a CPU cooler (such as the Cooler Master Hyper 212).

The graphics card upgrade this month has also changed due to the actual card in our $1000 pc build being upgraded — the upgrade  card is now the newer RTX 2070, so if you have the dollars to spend and want to upgrade what will give you the biggest boost in performance, this is what you should upgrade first.

Since the $1000 pc build above includes 8GB of RAM, you could bump this up further to 16GB with a kit of Kingston HyperX Fury RAM.

You could also go with a liquid CPU cooler such as the Corsair Hydro Series H80i V2 in place of the included air cooler already included in the above build above. This could help keep things quiet and a tad cooler when overclocking and it offers a more customize the cooling experience — this could also be used if you decided to go with the Intel 8600K CPU upgrade as it doesn’t come with a cooler.