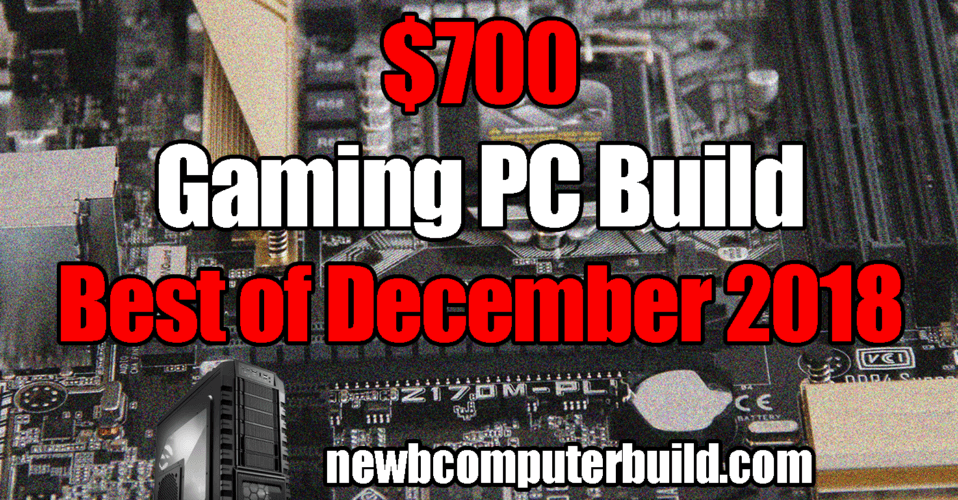 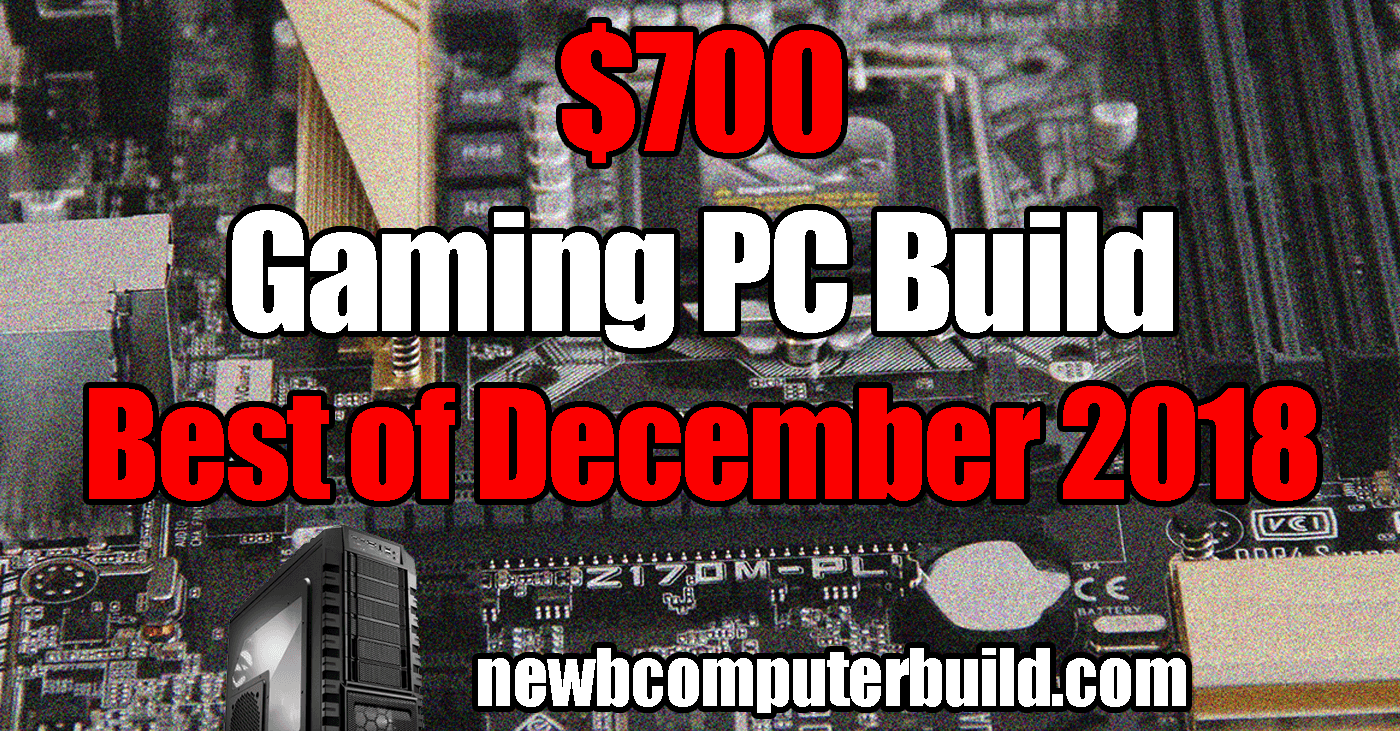 For the graphics card this December 2018, we have a GTX 1060 3GB graphics card, which is a great GPU that provides you with awesome 1080p performance. If you need to further boost your graphics performance you could consider and RX 580 graphics card as you see included in the $1000 gaming pc build.

The RAM included is a kit of Kingston HyperX Fury (the same as in the $1000 pc build) which is enough memory for most gaming pc builds, and you always have the option to upgrade more in the future if need be with the extra couple of slots on the included motherboard.

The storage included is a Kingston Digital 120GB solid state drive SSD. This is a great start in terms of storage speed and capacity, however, if you do think you’ll need more storage right away, you could consider a 256Gb or larger SSD as well — or heck throw in another Kingston 120GB SSD for another $30 or so.

The gaming pc case for December 2018 is the Antec Gaming Series Three Hundred Two pc case. This case is a classic high-quality gaming pc case. This is a great affordable pc case that performs very well with a hot aggressive front bezel and great cooling system. Learn more at antec.com.

The above are upgrades to the $700 gaming pc build. That is if you have more to spend than the allotted $700 for this gaming pc build. There are some significant performance upgrades above including the CPU and graphics card – and even further, if you upgrade the CPU you could also upgrade the motherboard for an even more overclocking capability for even more of a performance boost for nothing.

The CPU upgrade suggested is an AMD Ryzen 5 2600X, this could be a slight upgrade in computing power and it overclocks quite nicely.

If you are looking the simplest performance upgrade, then you could consider upgrading the graphics card to an RX 580 8Gb GPU, which should enable quality PC gaming performance at 1080p.

You could also increase your storage space by going with a larger capacity 256GB Samsung 860 EVO SSD. This would be recommended if you think you will need more than 120GB as included in the SSD in the base build above.