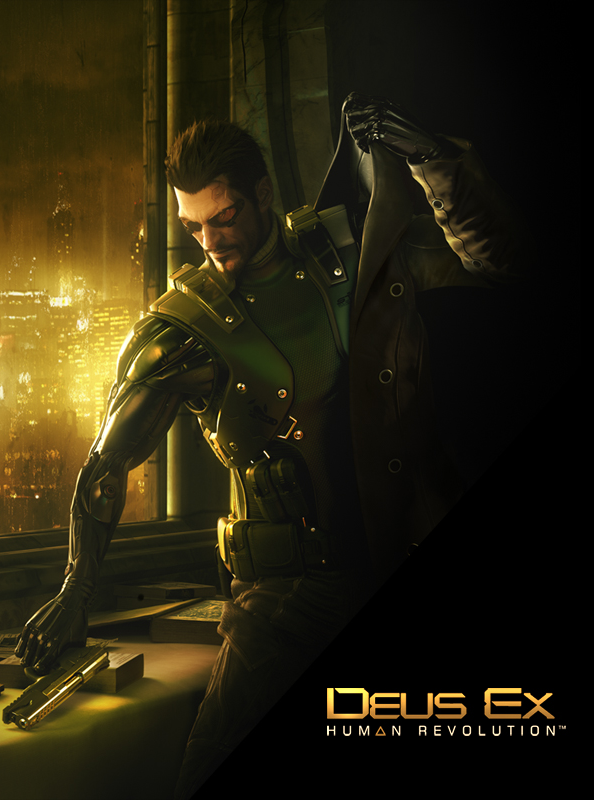 Deus Ex Human Revolution is the third installment in the Dues Ex first person role playing game series. The game was finally officially released August 23, 2011 and acts as a prequel to the original Dues Ex. The game takes place in the near future in an environment where corporations have extended their influence beyond that of the government. In the game you play Adam Jensen, an ex-SWAT specialist handpicked to oversee one of America’s most experimental biotechnology firms defensive needs. However, after a black ops team kills the scientist you were hired to protect everything changes. You are badly wounded during the attack forcing you to become mechanically augmented. This is just the beginning to the worlds scientific advancements that are turning anyone from an athlete to soldiers into enhanced human beings…someone is trying to direct the path of human evolution…

Here is the cinematic trailer for Deus Ex : Human Revolution. It starts off with a rustic dark age feel as you see the main character Adam Jensen laying on a table with a group of individuals watching over him as he is “re-manufactured”. As I was watching and see him blaze off the table with these blazing angel wings I thought huh…but then soon realized it was meant more as an analogy to how powerful he now feels.

The trailer goes on and really makes you feel like you belong to the story of Deus Ex. This game is way more than a regular first person shooter, it has a huge depth of role play that seems almost mesmerizing, and quite honestly this game looks pretty amazing especially after viewing this trailer. If you are contemplating whether or not to purchase this game watch the trailer if you haven’t already and perhaps that will change your mind 😛

Here is the official wallpaper for Deus Ex : Human Revolution provided by http://deusex.com. All wallpaper images are in 1920×1200 sizes. Enjoy!