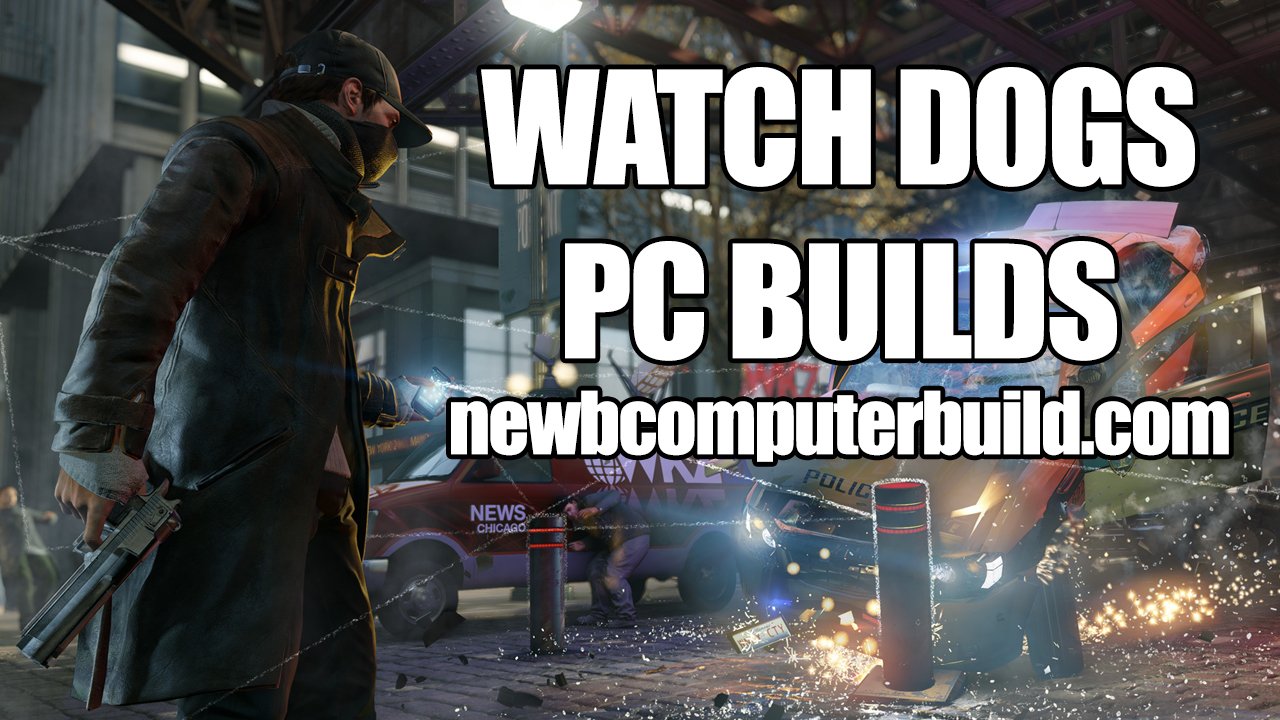 Keep in mind that there have been no official benchmarking for this game yet, so the requirements may vary a little, and perhaps may not be so demanding upon the final release of the game on May 27th.

If you would like to order yourself a copy you can do so from Amazon, where the game is also available for pre-order in both the Deluxe and Limited Edition versions.

The ultimate requirements build will be able to play Watch Dogs maxed out, although since the requirements for this game are pretty high, this does come at a cost. This build comes with unlocked multiplier Intel i7 4770K processor paired with an MSI Z87 G45 motherboard.

Included is the Cooler Master Hyper 212 so that you can easily overclock the 4770K. The graphics card is a super fast & quiet GeForce GTX 780. There is 16GB of DDR3 RAM, this is more then the required amount for Watch Dogs, so you can save a tad bit of cash going with only 8GB. I have also included a 128Gb Samsung PRO SSD – which again is not 100% needed, however it can greatly enhance the experience of a gaming pc – increasing boot and load times significantly.

The power supply unit is a 750 Watt Corsair RM series – which can add to keeping the overall noise level down in you build with its low noise capacitors and zero rpm mode when the fan isn’t needed, plus it’s fully modular. Finally the case used is the Thermaltake Urban S41, a solid mid tower case that has a nice simplistic design, that does have sound dampening foam to keep this build even further quiet.

The Recommended Requirements Watch Dogs PC Build is powered by the AMD FX-8350 processor, which is recommended for the game and chosen over its Intel alternative to create a much more affordable recommended requirements build. Included in this build as well is the Cooler Master Hyper 212 to get the most out of this unlocked eight core processor. Paired with the FX-8350 ASUS M5A99FX PRO, which is more then well enough to carry this build. The graphics card is the R7 265, which is a newer better card then the two in the official Watch Dogs PC requirements; I have also included a cost effective upgrade alternative in the build below.

The RAM is the exact amount recommended, 8GB of DDR3 HyperX Red. There is an included Western Digital Blue 1TB drive, with an option Samsung 840 PRO 128GB solid state drive – this can help speed boot and load times, however I have not officially included it in the build to keep costs down. The power supply unit is an XFX PRO 650W – an affordable quality psu. Finally, the case is an NZXT Phantom 410 Gunmetal Mid tower pc case – with a load of quality features.

Below is an above the minimum requirements build for Watch Dogs. It will definitely play the game, however it will play in the low to medium settings range. The included processor is the AMD FX-6300, the infamous processor in the Newb Computer Builds $600 gaming pc builds – although this build is more affordable at $550 at the moment. The MSI 970A-G46 motherboard is an affordable motherboard that will easily support overclocking the FX 6300, with USB 3.0 and SATA 6gb/s support.

The graphics card Radeon R7 250X a newer version of the minimum requirements card – I have also included an upgrade alternative card below just in case your comfortable spending a little more for more performance. 8Gb of RAM is more then the required 6GB of RAM, so we are good there. We have 1TB of disk space using a Western Digital Blue, and plenty of power using a CX 600 Watt PSU. The included case is a Thermaltake V3 Black Edition, a basic affordable nice looking pc case – you could go cheaper, however I thought it wouldn’t hurt to include a more aesthetic case.