I do find it hard to believe that the delay was due to supply as others are saying that the new NVIDIA RTX card is simply not worth it since the RTX 2080 (loosely) performs similarly to a more affordable GTX 1080 ti and the GTX 2070 similarly to that of a 1080 or 1070 ti. However, I did see a very interesting comment by and from HardwareCanucks YouTube video RTX 2070 Explained – NVIDIA Wants HOW MUCH For This!? where they state the following: 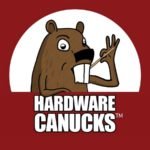 Eber and I had a theory about this the other day. It feels like NVIDIA priced these cards at a time when every GPU had a premium during the mining craze. They didn’t shift their cost structure to fit the new (more realistic) market realities. The bigger problem is due to the tanking of GPU mining, there’s a glut of used GTX 1000-series cards out there. Typically comparing used card prices to new cards is a slippery slope but this time, its impossible NOT to do. (From the Hardware Canucks Youtube video: RTX 2070 Explained – NVIDIA Wants HOW MUCH For This!? )

To that, I would say very interesting — as they could be on to something, these NVIDIA cards may have been priced when the crypto mining craze was going on and graphics cards were simply priced way above where they should have been. Or likewise, we could accept that the RTX 2080 ti, 2080 & 2070 are being released at higher prices and that there are enough early adopters willing to fork out the cash for the latest tech.

Either way — the real question is:

To which I will bluntly say…wait. I mean if you have the cash and are willing and able to pay for the cards right now and it’s no skin off your back, then there is nothing holding you back and you can expect phenomenal performance. But is the cost really isn’t there quite yet and supply levels are going to be artificially low (my guess) for a while, which simply means a higher cost.

Wait until supply levels rise and other GPU providers start making more reference cards. This is simply the case with any graphics card release ever. Plus, you can get your hands on some great deals on current great high performing graphics cards on the market right now.

Or if you are seriously considering a very high performing gaming PC for specifically 4K resolution gameplay, then I would wait until you can get your hands on an NVIDIA RTX 2080 Ti, as it has been shown to perform absolutely well at those higher 4K resolutions. The RTX 2080 Ti has been coined by Tom’s Guide the new 4K king in their RTX 2080 Ti Benchmarks article.

So what gaming graphics cards should you purchase if you are currently planning the best possible gaming PC build? Well first, please do your research. Realistically how much performance do you need? Are you building a gaming PC from scratch? To which I’d say please visit our Best 2018 Gaming PC Builds page.

Are you simply upgrading your current PC? In which case you should then take into account at what current resolutions your monitor is and what settings you are wanting to play most pc games at. Such as at 1080p you can easily get 30-60 frames per second with a medium performing graphics card, or if you are planning to game at 1440p, then you may need something more powerful.

Here are some recommended graphics cards for specific purposes that are currently priced very well:

These graphics cards are for budget pc builders who are wanting to game at 1080p resolutions at medium to low game settings. Overall great value and for those wanting to put together the most economical pc build possible while still making it worth it.

These gaming graphics cards will probably encapsulate most gamers out there who have a decent enough budget. These cards will enable great gaming at 1080p resolutions with game settings maxed out. You will also be able to play into 1440p with something like a GTX 1070.

Looking for a higher end graphics card? The following gaming graphics cards will get you high setting game setting game-play at resolutions of 1440p and higher refresh rate 1080p monitors for those buttery smooth frame rates. These cards will also grant you good VR game-play as well if you are looking to gaming in VR.

Graphics Cards for Gaming at 4K

If you have the cash and are wanting the best of the best, then these graphics cards are it. These cards would be best for 4K gameplay and are your best bet for doing so.