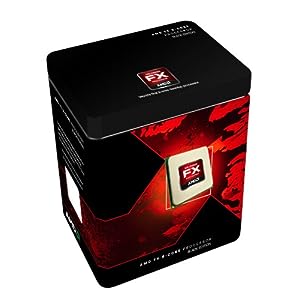 AMD has just released the very first eight core desktop PC processor – AMD FX. This processor is built for gamers and hardcore hardware enthusiasts, perfect! This processor is available now for purchase at most major hardware retailers as of October 12th 2011, and is available in four models: These AMD FX processor models will not be comparable to the Intel’s Sandy Bridge processors, however will be sold at lower prices (< $250).

Even though four AMD FX line processors have been released there will be a total of 7 FX processors eventually made available as seen in the table below:

Currently only the bolded processors above have been released:

For the AMD FX line of processors a motherboard with an AM3+ socket will be needed. This means if you have an AM3 motherboard you may be out of luck, but it has been said that some motherboard companies can choose to certify that their boards can be used.

There are any ways the customize and close the gap between 15 and 17 Sandy bridge Intel Processors using the AMD FX processors. Using unlocked processor clock multipliers and AMD’s Turbo Core Technology you can increase the speed and performance of these chips. By overclocking correctly there have been some hardware enthusiasts who have already broken the world record for the highest frequency of a computer processor clocking in at 8.429 GHz on 2.02 Volts – that’s insane! So when compared to the Intel Sandy Bridge line, these chips do have allot of potential, and this is especially notable in performance versus price value.

If you would like to learn more about AMD’s new line of FX processors please give their website a visit and maybe you will be “blown away..” according to AMD’s features and benefits of the processor: