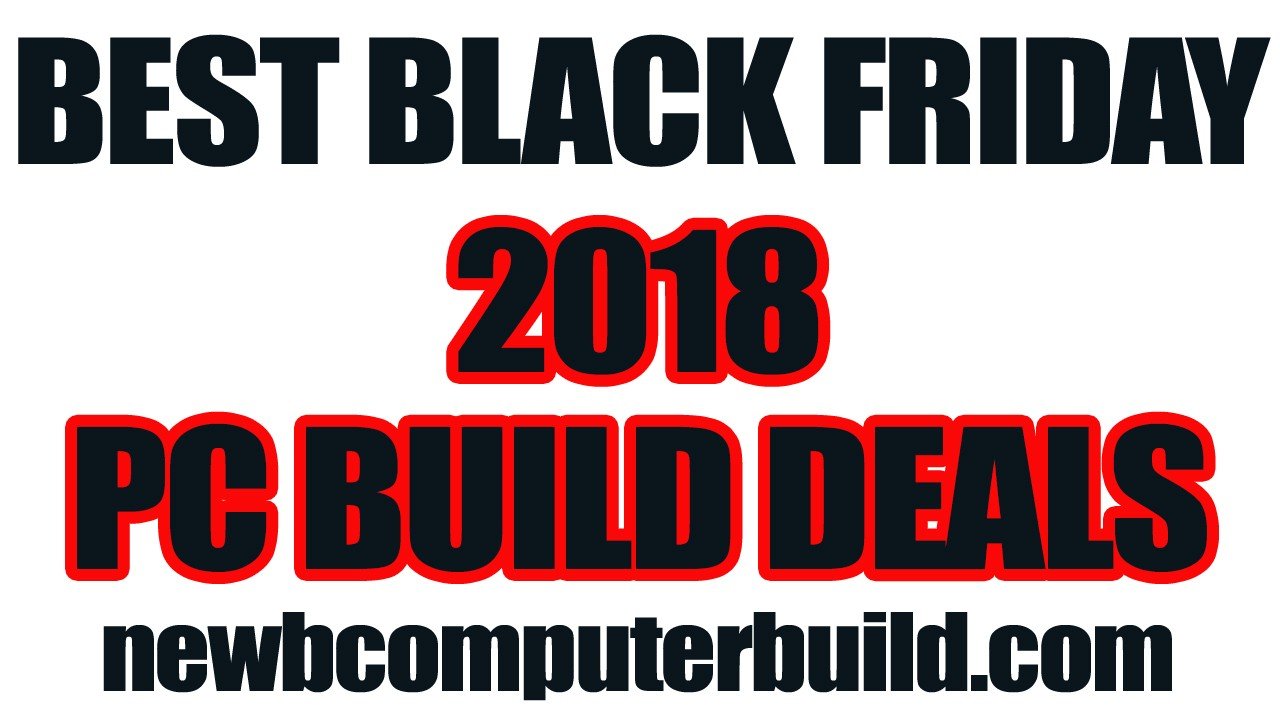 What are you looking for?

As Black Friday 2018 looms right around the corner, every gaming pc builder should at least be trying to take advantage of any great pc hardware deals. Building a gaming pc sometimes be complicated as there are so many pieces of hardware to coordinate compatibility, getting the best performing parts per dollar spent and then trying to find the best possible deal on that gaming hardware.

There plenty of pc gaming shops that are going to be offering deals this Black Friday on gaming PC hardware, so you just need to know where to look. Below you are going to find some of the best spots to looks for those gaming pc build / hardware deals, but first, you should have a plan.

Such as, do you have a gaming pc build in mind that you have been salivating over? Or are you simply upgrading what you have, and are say, purchasing a better graphics card?

Here at Newb Computer Build, we post the best gaming pc builds of the month that are already set for giving you the best performance possible within a set budget. So please check out the November 2018 Gaming PC Builds of the Month article here at Newb Computer Build and I’m guessing you could substitute any hardware within one of those specific builds should you find better deals.

Wondering if a piece of hardware you found during a sweet Black Friday 2018 deal is compatible with your gaming pc build — then leave a comment and we’ll help you out!

The main goal here is to get the best possible deal on each and every single piece of hardware for your gaming pc build. But first, you need to have which pieces of hardware you nee in mind, then search for those (such as getting the cheapest 1TB Solid State Drive possible or the cheapest GTX 1070 for the cheapest). Narrow your search, and then you’ll know what to keep an eye on.

Search the below sites for the best black friday 2018 pc build deals and you should do alright.

Browse through the various Black Friday deals for PC enthusiasts to find some of the best deals this 2018 Black Friday. If you look through all of them, I’m sure you’ll find something you’re looking for.

Every year Amazon has a Black Friday deals countdown and deals Week and Black Friday 2018 is no exception. For most of November 2018 there is a lead up to November 23, 2018 – Check out Amazon’s 2018 Black Friday Deals Week here. There are plenty of deals of the day and top deals to choose from.

Amazon has a series of dates to look for this year surrounding Black Friday, so keep a look out for the following dates this 2018:

Another great place to look is Amazon’s holiday Electronics gift guide for Black Friday 2018 here. This is where you’ll find the best of the best electronics (including pc hardware) deals at Amazon.

This 2018, NewEgg is a Black Friday sale and it is going on until the end of Black Friday and perhaps into Cyber Monday. You can see all of NewEgg’s amazing Black Friday PC hardware deals here.

The following gaming pc builds come directly from our November 2018 Gaming PC Builds of the month here at Newb Computer Build. You could use these lists as a general template to get you started in finding hardware deals, such as you can search for a deal on the specific processor,graphics card, an SSD, power supplies etc. The following is the best gaming pc’s you can get for anywhere between $700 – $1000 and $1500. Have a question? Leave a comment.

Best of luck building the best possible gaming pc build this Black Friday 2018 and should you find any outstanding deals, feel free to share them below or ask any questions you may have.

As they come in, we will list some of the best deals for individual hardware and list them here. If the deals aren’t live yet, check back on the actual sale date or back on Black Friday / and or Cyber Monday. As stated earlier it’s probably best if you’ve already planned what hardware you need for your new Black Friday 2018 gaming pc build or know exactly what hardware you’d like to upgrade on a current pc build.

You will only find relevant hardware listed below that pertain to the most modern gaming pc builds. By relevant, we mean compatible DDR4 memory or graphics cards actually worth purchasing as examples.